west bank palestine refugee injuries & fatalities 2017 in and around camps

According to international law, the security forces of the occupying power, exercising law enforcement functions, are permitted to use lethal force only as a last resort - when there is an imminent threat of serious physical harm or death to the forces. UNRWA has documented and protested to the Israeli authorities 4 out of 7 refugee fatalities in 2017 where it appeared that the use of force by the Israeli Security Forces was disproportional to the threat posed. 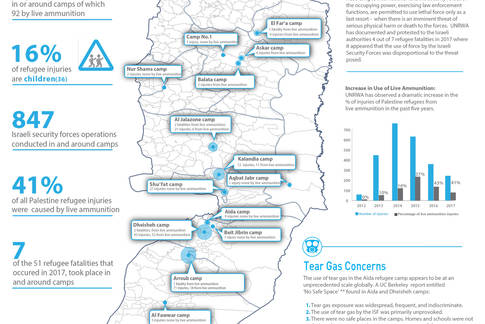