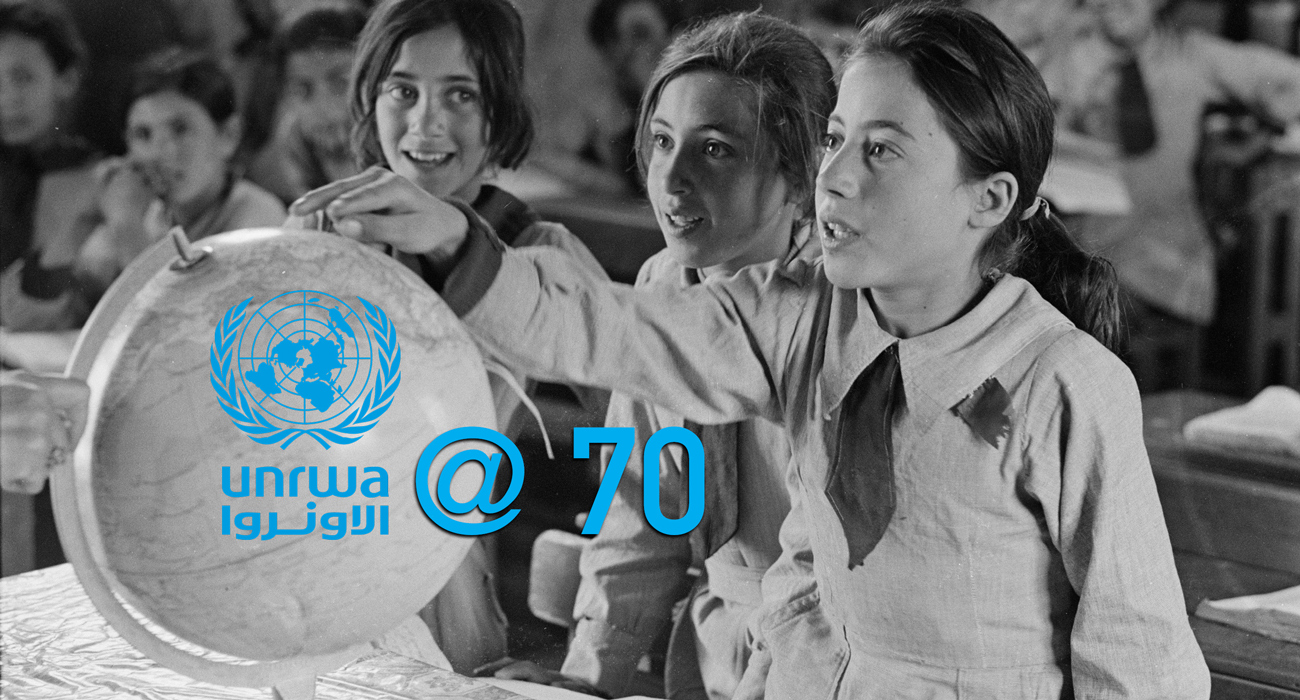 On 8 December 2019, the United Nations Relief and Works Agency for Palestine Refugees in the Near East (UNRWA) will be seventy years old. Following the Arab-Israeli conflict of 1948, UNRWA was established by the United Nations General Assembly to carry out direct relief and works programmes for Palestine refugees. Today, some 5.5 million Palestine refugees in the Agency’s five fields of operations – Jordan, Lebanon, Syria, the Gaza Strip and the West Bank, including East Jerusalem – are eligible for the Agency’s services.

Over the past seven decades, Palestine refugees have experienced extremes in violence, suffering and injustice. As a result, they are presently confronted with daunting human development and protection challenges, which stand to arrest their significant potential. Humanitarian conditions across much of the UNRWA areas of operation are grave, exacerbated by protracted conflict and the lack of political progress. While the 70th Anniversary of UNRWA provides an occasion for sober reflection on Palestinian exile, it also affords a moment to consider the contribution that the Agency’s programmes have made to the lives of generations of Palestine refugees.

Through primary education and health care, social safety-net interventions, the building and maintenance of homes and infrastructure, microfinance and protection services, and humanitarian assistance in times of emergency, UNRWA continues to be a positive force in the lives of Palestinians.

On this solemn occasion, UNRWA is proud to share a photographic review of the displacement, dispossession and hope of Palestine refugees, drawn from the magnificent and extensive historic UNRWA Film and Photo Archive (inscribed by UNESCO in the Memory of the World Register in 2009) and showcasing UNRWA service delivery and the daily lives and historic moments of Palestine refugees throughout the decades. It includes iconic images of their catastrophic displacement in 1948, the establishment of camps in the 1950s, the second flight during the 1967 war, the war in Lebanon, and the unrest from the second half of the 1980s to the early twenty-first century. But the unfolding narrative also shows the extraordinary accomplishments by UNRWA and by Palestinians for Palestinians; past milestones of achievement and success, towards a horizon of validation and hope, however distant that may seem today.