Home » What We Do » Education

Education
Our students are among the most highly educated in the region. Since the 1960s, girls have made up around half of UNRWA students.

Recognizing that education is fundamental to helping each child achieve their full potential and a human right, UNRWA has worked for nearly 70 years to ensure that Palestine refugee children have access to quality education. Quality education helps young Palestine refugees understand the world in which they live and promotes values of tolerance, cultural identity, and gender equality. Through its education system, UNRWA aims to ensure that Palestine refugee students develop their full potential and become “confident, innovative, questioning, thoughtful, and open-minded, to uphold human values and tolerance, proud of their Palestinian identity and contributing positively to the development of society and the global community”.

UNRWA operates 710 elementary and preparatory schools in its five fields of operation, including eight secondary schools in Lebanon, providing free basic education for some 539,000 Palestine refugee children. In addition, technical vocational training and higher education is provided at eight Vocational Training Centres for approximately 8,000 Palestine refugees in all fields of operations and for  2,009 students in 2 educational science faculties (teacher training institutes, one in the West Bank and one in Jordan).

School children in UNRWA schools follow the host authorities’ curricula and textbooks. UNRWA supplements these with its own materials on human rights.

The UNESCO-UNRWA partnership has supported four generations of Palestine refugees to receive quality education even in times of crisis. The relationship between UNRWA and UNESCO began over 65 years ago when UNRWA was first established by the UN General Assembly. In 1950 UNRWA started out with 93 schools and around 35,000 students and since the 1960’s, girls have made up around half of UNRWA students. In 2014, the Director-General of UNESCO and the Commissioner-General of UNRWA renewed the commitment of the two Agencies to work together for quality education for Palestine refugees by signing a memorandum of understanding. The long-standing support to the UNRWA education program by UNESCO was exemplified in the education reform through the leadership of the UNESCO Director of Education. The reform sought to bring about transformational change in the teaching and learning practices in the classroom. The reform has led to an enhanced UNRWA education system where we see higher levels of student achievement, increased teacher motivation, and lower student dropout rates.

* demystifying the unrwa approach to curriculum

* an investment in a quality education: promoting human rights and tolerance in the region

Education In Our Fields

In the West Bank UNRWA provides basic education, which covers grades 1- 9, and Grade 10 in two schools in East Jerusalem. In the 2019/2020 school year, UNRWA reached over 45,883 students in its 96 schools. Two vocational training centres provide training for over 1,073 students in skilled trades and manufacturing.

UNRWA in Lebanon provides education services to 39,144 Palestine1 refugee students, in its 65 schools.

UNRWA education in Lebanon has been implementing the Education Reform Strategy, which is designed to meet the needs of the 21st century to help students become innovative, critical and creative thinkers. A Teacher Policy was developed, which recognized the central role of teachers in quality education and sought to strengthen professional teacher and career progression. In Lebanon field, classroom practices are being improved... END_OF_DOCUMENT_TOKEN_TO_BE_REPLACED

In the 2019/2020 school year, in Jordan, UNRWA provided basic education to over 121,000 students at 169 schools from grades 1-10, with almost 88 per cent of the schools continuing to operate on a double-shift basis. Unsuitable rented and residential buildings are slowly being replaced, decreasing the number of schools from 174 in 2014 to 169 today. Many of these residential buildings are without elevators or ramps and are, therefore, do not promote inclusivity and do not provide for the needs of people with disabilities in line with the Agency’s standards. Nevertheless, in parallel to... END_OF_DOCUMENT_TOKEN_TO_BE_REPLACED 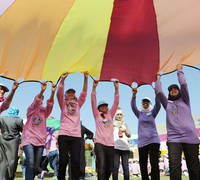 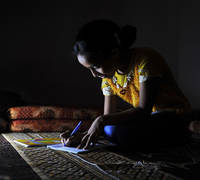 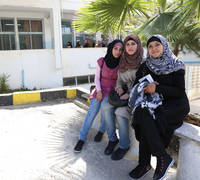 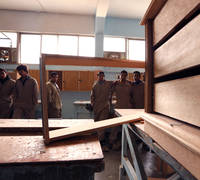 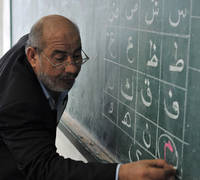 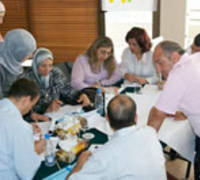 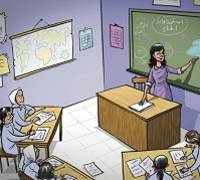 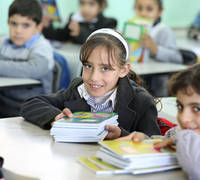 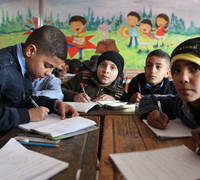 UNRWA Schools on the Frontline: Going back to school in Gaza
An Innovative UNRWA Teacher Wins Multiple International School Awards
UNRWA Commissioner-General meets new Dutch government on his first official visit to the Netherlands
While scars of conflict are still clear, hope and resilience among students remains steadfast
UNRWA IN FIGURES 2020-2021
About UNRWA