Beach refugee camp is the third largest of the Gaza Strip’s eight refugee camps, and one of the most crowded. Locally known as ‘Shati’, the camp is on the Mediterranean coast in the Gaza City area. Beach refugee camp initially accommodated 23,000 refugees who fled from Lydd, Jaffa, Bir Saba’ and other areas of Palestine. 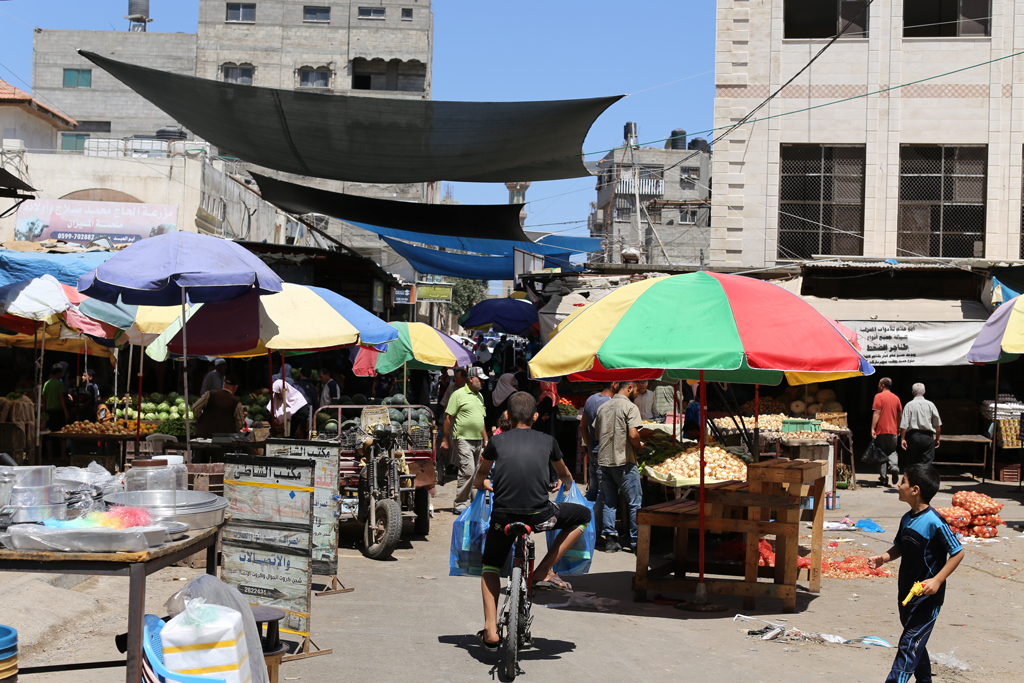 The camp is built on an area of only 0.52 square kilometres. Streets and alleys in the camp are often very narrow and the area is considered one of the most densely populated areas in the world.

Beach refugee camp was hit by Israeli airstrikes on 14 May 2021 and incurred many casualties. One family lost 10 members, including five UNRWA school students. Nineteen UNRWA students were killed over the eleven day bombardment period.

Unemployment has risen considerably since the blockade was imposed on Gaza, making life more difficult for most refugees in Beach camp. Far fewer families can provide for themselves and a huge proportion of the population is dependent on the UNRWA food assistance programme.

The Israeli imposition of restrictions on Gaza’s fishing zone at significantly less than the 20 nautical miles initially agreed between Israel and the Palestinian Liberation Organization have particularly affected Beach camp. The diminished fishing catch has led to lost livelihoods and increased poverty. In addition, practices used by the Israeli navy to enforce the fishing limits, including the firing of live ammunition, have raised a range of protection concerns. Overall, 213 shooting incidents were registered in 2017, resulting in one fisherman killed and 14 injured, including one child.

Overcrowding and a lack of living space characterize Beach camp. Shelters are built in close vicinity and there is a general lack of recreational and social space. In many cases, residents have had to add extra floors to their shelters to accommodate their families, in some cases without proper design. Many live in substandard conditions.

Covering an area of 0.52 square kilometres, Beach camp is one of the most densely populated areas worldwide

14 school buildings of which three are single shift and 22 operate on double shifts, accommodating 25 schools in total