Bureij camp was built in the 1950s to house approximately 13,000 refugees who until then had lived in British army barracks and tents. The refugees who settled in Bureij had mostly come from Palestinian towns east of Gaza, such as Falouja. 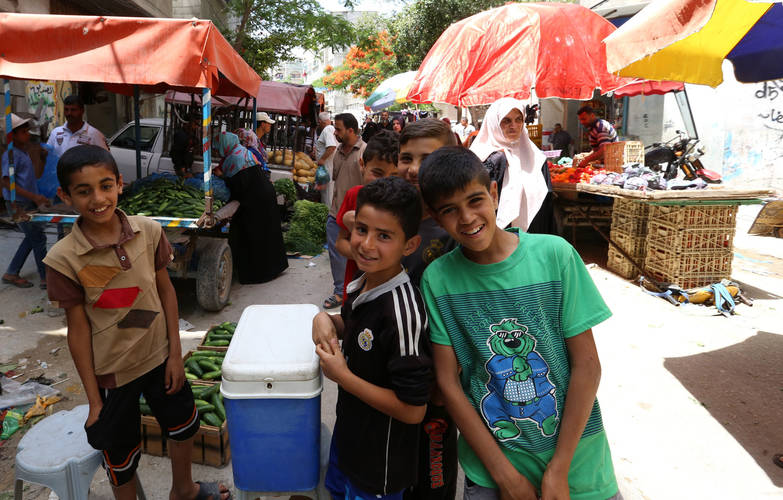 The blockade on Gaza has made life more difficult for most camp residents. Unemployment levels have risen dramatically and fewer families can provide for themselves, leaving a staggering proportion of the population dependent on UNRWA food assistance.

Bureij camp is located close to Wadi Gaza, an open sewage pond from which raw sewage flows directly into the sea. According to the United Nations Environment Programme, up to 80,000 cubic metres of raw or partially treated sewage are pumped out to the ocean in Gaza each day, resulting in serious environmental health risks, including watery and bloody diarrhea among refugee children.

In the camp, 90 per cent of the water is unfit for human consumption.

Overcrowding and a lack of living space characterize Bureij camp. Shelters are built in close vicinity and there is a general lack of recreational and social space. In many cases, residents have had to add extra floors to their shelters to accommodate their families, in some cases without proper design. Many live in substandard conditions.

Bureij camp was established in the 1950s

UNRWA Schools on the Frontline: Going back to school in Gaza
UNRWA Launches Summer Fun Weeks 2022
Nothing will stop me: How a Gazan barber is determined to return to his craft
Muslim Charity Supports Palestine Refugees with Insulin Donation
UNRWA health department - annual report 2021
UNRWA IN FIGURES 2020-2021