Deir El-Balah refugee camp is the smallest refugee camp in the Gaza Strip. It is located on the Mediterranean coast, west of a town of the same name, in central Gaza. Deir al-Balah means ‘Monastery of the Dates’, a reference to the abundant date palm groves in the area.

Deir El-Balah camp initially provided shelter for around 9,000 Palestine refugees who had fled from villages in central and southern Palestine as a result of the 1948 Arab-Israeli war. The refugees originally lived in tents, which were replaced by mud-brick shelters and later by cement block structures. 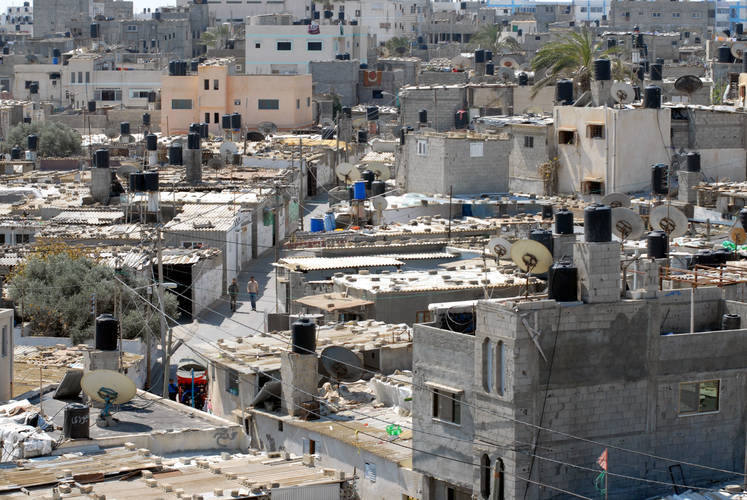 Life under the blockade has become increasingly difficult for camp residents as socioeconomic conditions have deteriorated significantly and unemployment has risen enormously. Fewer and fewer families can provide for themselves and most of the camp population is now dependent on the Agency’s food assistance. Basic hygiene is also of great concern in the camp with 90 per cent of the water being unfit for human consumption.

Like Beach camp, Deir El-Balah camp has been particularly affected by the Israel military’s imposition of fishing limits at significantly less than the 20 nautical miles initially agreed between Israel and the Palestinian Liberation Organization. A diminished fishing catch has caused refugees to lose their livelihoods and poverty to increase. In addition, practices used by the Israeli navy to enforce the fishing limits, including the firing of live ammunition, have raised a range of protection concerns. Overall, 213 shooting incidents were registered in 2017, resulting in one fisherman killed and 14 injured, including one child.

Overcrowding and a lack of living space characterize Deir El-Balah camp. Shelters are built in close vicinity and there is a general lack of recreational and social space. In many cases, residents have had to add extra floors to their shelters to accommodate their families, in some cases without proper design. Many live in substandard conditions. In 2016, together with the camp community and other stakeholders, UNRWA developed a camp improvement plan which is now under implementation based on a phased approach and with support from donors.

The smallest refugee camp in the Gaza Strip, Deir El-Balah was set up immediately after the 1948 Arab-Israeli war 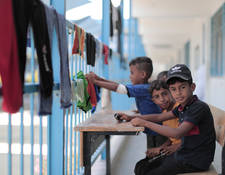