Jabalia is the largest of the Gaza Strip's eight refugee camps. It is located north of Gaza City, close to a village of the same name. After the Arab-Israeli war in 1948, 35,000 refugees settled in the camp, most having fled from villages in southern Palestine. Today, the camp covers an area of only 1.4 square kilometres. 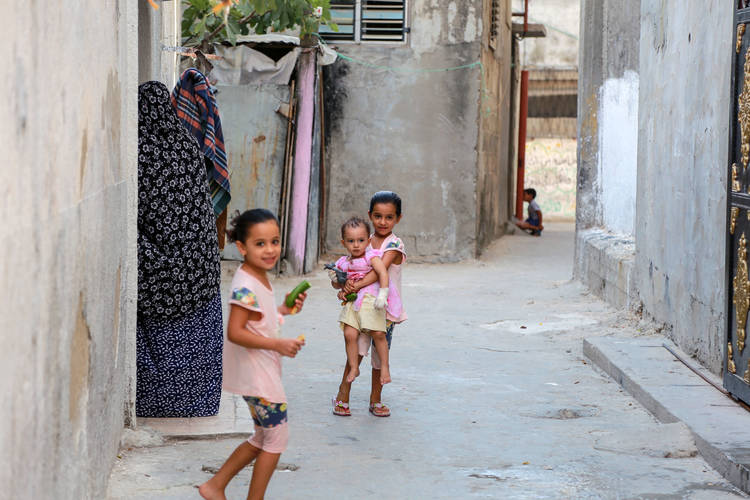 The blockade on Gaza has made life increasingly difficult for nearly all refugees in the camp. Unemployment levels have risen dramatically, and fewer families can provide for themselves. Over the years, a staggering proportion of the population, who used to be largely self-sufficient, has become dependent on UNRWA food assistance to cover their basic food needs.

Basic hygiene is also of great concern in the camp with 90 per cent of the water being unfit for human consumption.

Jabalia is the closest camp to the Erez border crossing with Israel. According to OCHA, prior to the Second Intifada, more than 21,000 Palestinians crossed Erez to work in Israel each day. A new policy was implemented at the beginning of the second Intifada in September 2000 and tightened after June 2007 following the takeover of Gaza by Hamas. Under the new policy, only people belonging to specific Israeli-defined categories are eligible for an exit permit, subject to a security check. The vast majority of Palestinians in Gaza are not eligible to apply for an exit permit. In recent years, eligibility has expanded to included patients referred for medical treatment outside Gaza and their companions, traders, staff of international organizations and exceptional humanitarian cases.

Overcrowding and a lack of living space characterize Jabalia camp. Shelters are built in close vicinity and there is a general lack of recreational and social space. In many cases, residents have had to add extra floors to their shelters to accommodate their families, in some cases without proper design. Many live in substandard conditions.

Jabalia is the largest refugee camp in the Gaza Strip. It was established in 1948.