A busy and crowded camp, Nuseirat refugee camp is located in the middle of the Gaza Strip like Bureij and Maghazi camps.

Nuseirat, which takes its name from a local Bedouin tribe, initially accommodated 16,000 refugees who fled from the southern districts of Palestine after the 1948 Arab-Israeli war, including the coast and Bir Saba’. Before the camp was formed, refugees lived in a former British military prison in the area. 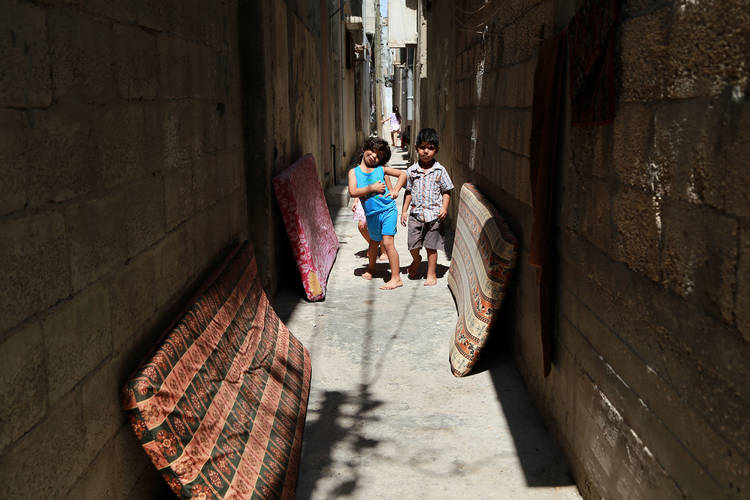 The blockade on Gaza, which has lasted for more than a decade, has made life more and more difficult for nearly all refugees in the camp which is characterized by high unemployment and poverty. Today, far fewer families can provide for themselves and a staggering proportion of the population is dependent on UNRWA food and cash assistance programmes. As in the other refugee camps, the water situation in Nuseirat camp is alarming in terms of both quality and quantity.

Overcrowding and a lack of living space characterize Nuseirat camp. Shelters are built in close vicinity and there is a general lack of recreational and social space. In many cases, residents have had to add extra floors to their shelters to accommodate their families, in some cases without proper design. Many live in substandard conditions.

15 school buildings, most of which run on double shifts, accommodate 25 schools