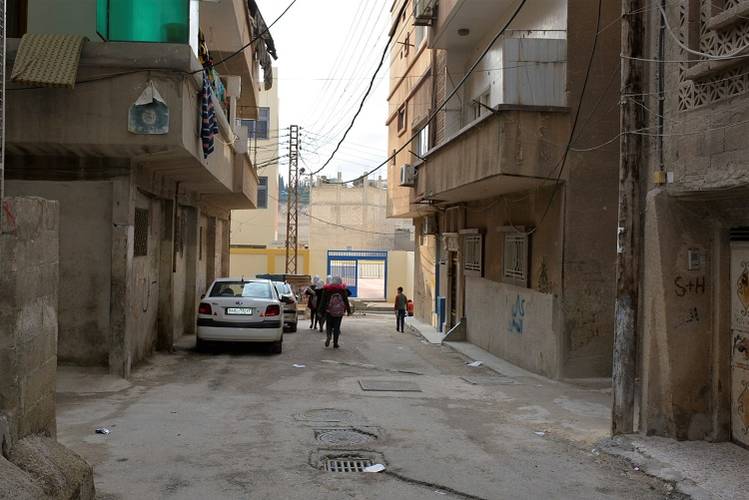 The Hama Palestine refugee camp lies within the town of Hama, 210 km north of Damascus. The camp was established in 1950 on an area of 0.06 square kilometers overlooking the Orontes River. Most of the refugees had fled from the villages surrounding Haifa and Acre in northern Palestine.

Before the conflict in Syria, over 8,000 Palestine refugees were living in Hama camp. It is estimated that over 1,000 of the original population have left the country. Hama camp has not been physically affected by the conflictand hence became home to several hundred displaced Palestine refugee families. The camp population is currently estimated at between 7,000 and 8,000 Palestine refugees. Most employed refugees are wage laborers or shopkeepers, but unemployment has been increasing and many now fully rely on UNRWA assistance for their very basic needs.

In 2018, UNRWA reconstructed one of the two schools in the camp, both built in the 1950s, due to aging. The other school also needs full rehabilitation.

Environmental health in the camp is a serious problem and the mechanization of solid waste disposal is one of the most pressing needs. The sewerage system is antiquated and does not meet the requirements of a growing camp population.

Like in other areas of Syria, displacement, unemployment, inflation, protection and security risks are among the main concerns shared by Palestine refugees and Syrians alike. The 10-year-long conflict has led to an increase in negative coping mechanisms, like early marriage, child labour and drug consumption, as well as an increase in violence and psychological problems. Despite financial constraints, UNRWA has enhanced its efforts to do preventative and awareness-raising activities and to provide psychosocial support through its schools and the community centre. The already very dire situation is now compounded by the impacts of the COVID-19 pandemic and the dramatic decline of the economic situation. If not adequately addressed, poverty and protection concerns will increase and are likely to lead to a further deterioration of the socio-economic situation of the already very vulnerable Palestine refugee community.